What’s the difference between an idea and a great idea?

An idea happens when thoughts come together for the first time to create a new thought – or idea. Of course, some ideas – the great ones – have more commercial and practical potential than others.

Why is it important to know the difference between an idea and a great idea?

Premature evaluation kills creativity, but it also can kill effective commercialisation when ideas that haven’t been tested are implemented.

Your delegates need evidence that their ideas have genuine potential before they execute them, however great those ideas might seem in theory. It’s likely that a great deal of the validation will need to happen outside the environment of your facilitated sessions, of course, but if you consider building some idea validation into your innovation agenda you can help them to get a head start.

Premature evaluation kills creativity, but it also can kill effective commercialisation when ideas that haven’t been tested are implemented. Click To Tweet 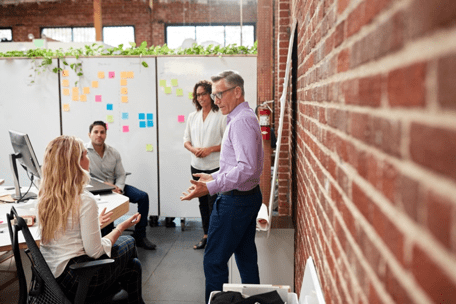 What do we mean by “idea validation”?

Idea validation is the process of testing an idea prior to investing heavily on research and development and progressing through to launch. It falls into the idea development phase of the innovation process and is an extension of the point of view statement in design thinking methodology, coming just before prototyping.The purpose of idea validation is to test assumptions behind an idea before progressing to invest in the next steps of deeper market research and analysis or creating a Minimal Viable Product (MVP) prototype.

Idea testing has the benefits of:

Using activities that surface these assumptions and beliefs is a great starting point for idea validation. By helping delegates to identify what they are, they can then be tested.

Here’s my tried-and-tested, highly effective creative facilitation processes designed for the idea validation phase of an event. The key steps are:

I will walk you through each stage below.

I found the process of defining hypotheses for my ideas so that I could test them invaluable – and very necessary – when I worked on my PhD research.

A hypothesis is simply ‘a supposition or proposed explanation made on the basis of limited evidence as a starting point for further investigation’.

The key features of a well-written, strong hypothesis are that it needs to be:

Turning business ideas into hypothesis statements is a fantastic way of testing them.

Where an idea has lots of different components, a separate hypothesis is needed for each one. Make sure your delegates create a specific hypothesis statement relating to each main part of the idea.

Business ideas usually succeed or fail based on the assumptions made about demand, deliverability and / or financials, so I include these purposefully when I work on idea validation with delegates. I strongly recommend that you ask your delegates to create at least one hypothesis statement for each of the demand, deliverability and financial components of their idea for this reason. Brief your delegates step-by-step as follows:

1. Explain what a hypothesis is and why it’s useful in idea testing.

3. Explain that they will use the phrase ‘Our idea is that…” at the beginning of each statement, and that they should complete that phrase as many times as they can for each for the demand, deliverability and financial aspects of their idea. Here is an example for each of the themes.

Demand. Our idea is that…

… there is a significant gap in the xyz market for our potential new product abc.

…our potential new product abc will allow us to sell more to our existing customers x, y and z.

Deliverability. Our idea is that…

… we can produce our potential new product abc much more cheaply than the competition.

…we can despatch our potential new product abc within 24 hours of a customer order being received.

…we can integrate technologies and x and y to enhance our potential new product abc.

Financials. Our idea is that…

… we can save $x in the manufacture of potential new product abc by doing xxxx.

…we can improve margins by adding a service deal to potential new product abc.

…we will get a return of $x in x years / months from new potential product abc. It doesn’t matter of some of the hypothesis statements could fit into more than one of the prompt headings demand, deliverability and financial. The purpose of the headings is to provoke thought and shape the hypotheses.

4. Once they have completed steps 1-3 above, ask delegates to prioritise and highlight the most important ‘Our idea is that…’ hypothesis statements for further work.

Collectively talk through the hypothesis statements, then move onto the assumption surfacing stage, described below.

Assumption surfacing is an effective technique to use for getting delegates to identify and share the beliefs and assumptions they have about the potential for an idea to be successful. Delegates may then consider if evidence is or could be available support those assumptions to explore the robustness of the idea.

The process for this assumption surfacing technique is inspired by Mason and Mitroff’s original approach, but I have adapted it somewhat to make it even more specifically useful for idea testing.

Here’s how to run the activity with your delegates.

Use a big grid like this on the wall, whiteboard, smartboard or flipchart paper, and ask delegates to work through it step-by-step per the steps 1-3 below.

Ask delegates to assess each of the assumptions that still remain from the previous Assumption Surfacing activity, plotting them on the matrix below. Then ask delegates to review the contents of the matrix they have just completed and summarise their overall insights about the idea in a visual – such as a poster – ready for sticky dot voting. This is a quick, widely used voting method. Once all the summarised ideas are on display give each group member a number of sticky dots (for example 5 each) to ‘vote’ for their favourite solution or preferred option. The number of sticky dots can vary according to what you think will work.

Give everyone a few minutes of quiet review planning time so that they can privately work out their distribution of votes.

To minimise the risk of people being influenced by one another’s votes, no votes are placed until everyone is ready. When everyone is finished deciding, they go up to the display and place their votes by sticking dots beside the items of their choice.

As facilitator, lead a discussion on the vote pattern, and help the group to translate it into a shortlist.

The next step is for delegates to list specific aspects that need further testing and move onto the trial stage. If time and the agenda allow, it’s really useful to design the trials to further test the ideas from the previous stage whilst delegates are still all together. These trial designs create tangible actions to progress once your event has ended, maintaining momentum with the project.

Hand out a trial canvas outline below for delegates to work through and complete. The designing trials stage can also be used to design the specification for creating a Minimum Viable Product (MVP) prototype.

I hope that this has given you some ideas for your own events in the future. If you’d like any tips, ideas or advice, do feel free to contact me direct at jo@bigbangpartnership.co.uk.

We also provide exceptional Creative Facilitation courses and programmes. If you’d like more information to help you run your own events, download my free DIY Away Day toolkit. It’s a great resource and contains an agenda, instructions for all the creative techniques I suggest plus my top tips for successful facilitation.

Click to get your free DIY Away Day Toolkit now!

Any cookies that may not be particularly necessary for the website to function and is used specifically to collect user personal data via analytics, ads, other embedded contents are termed as non-necessary cookies. It is mandatory to procure user consent prior to running these cookies on your website.